Maintainer trucks will be on display at two trade shows in the next two weeks.

BOOTH N1002 will feature two 2-ton service trucks, each with Tall-Tower Maintainer Cranes featuring Advanced Crane Control. Both trucks are equipped with the Miller Enpak integrated power system, and one of the trucks features some lube capabilities as well. The third service truck, featuring a Short-Tower H7024 Maintainer Crane and a 26" workbench bumper with recessed open deck span steps for safer three point climbing, will be on display in the Ford booth at ICUEE.

The second show coming soon where you can view new Maintainer trucks is the Railway Interchange 2015 slated for October 4-7 in Minneapolis, MN. The show is sponsored by several organizations, including REMSA (the Railway Engineering Maintenance Suppliers Association). Maintainer's booth, shared with Maintainer Dealer RBL, Inc., is right on the rails at BNSF's Northtown Yard. (More info on how to find us is at http://www.railwayinterchange.org/)

This booth will feature three Maintainer lube and service trucks that are geared towards the Railroad Industry. Many new features that enhance operational efficiency and operator safety will be highlighted.

We hope to see you during our travels! 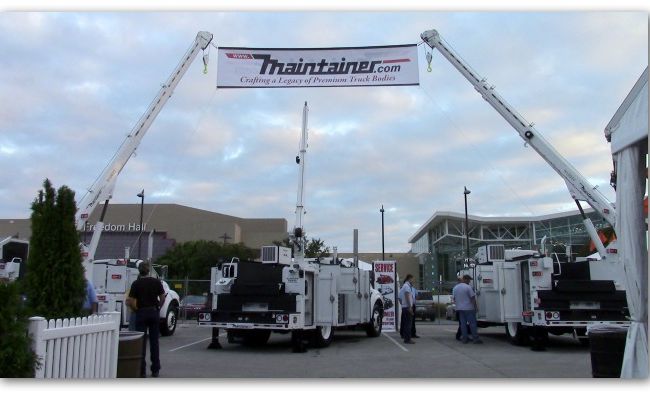